It has been a long time, not sure where to begin but you have to begin somewhere, right? Huckleberry is doing really well, still happy, healthy, running around the house, and as sweet as ever. We celebrated his 4 year ampuversary/birthday/gotcha day at the beginning of October… I can’t believe it’s been that long, yet it feels like he has always been with us.

So much has happened, so much has changed since our last post, but the furbabies are all doing well. I worked in the office throughout the entire pandemic, which was scary in itself. My job changed last May when my boss decided to retire, and I was promoted to his position. I have been doing both jobs ever since, which has been a lot of extra hours and time. I was finally able to post my former position and found somebody to run the front desk, so hopefully in a few weeks things will start to go back to some form of normalcy.

It seems like the ferals gravitate to our yard in the city because it is a peaceful place that they can find food, water, and rest without worry. Almost 2 years ago we had a new feral start visiting the yard. It became a routine in a very short period of time, and once she knew she was safe she brought 3 tiny babies with her to eat. They couldn’t have been more than about 5-6 weeks old, and she would let them eat before she touched the food. The kittens were too adorable! One tiger, one mostly black and dark calico, and one all black kitten. They started to let us come a bit closer, and I realized mama was already spayed. She must have been TNR because her left ear is tipped. She is an adorable tiger calico mix, and although it doesn’t seem possible that she is the kitten’s mama, she treats them like they are hers and she was ferociously protective over them when they were little so we fed and watched from a good distance away.

Once the kittens got a little bigger, we set the food and water in the same spots that we fed Huckleberry when he found our yard. When they were about 9 months old we trapped, neutered, spayed, vaccinated, dewormed… etc. The smallest of the 4 had gotten close enough to let me touch her and it was game over for my heart when that happened. I named her Phoebe and when it was time to release them she stayed in the house with us. The others do not want to be domesticated and we cannot handle them. Mama, tiger, and the calico girl spend a lot of time in our yard and we have taken the responsibility of providing food and shelter for them. Phoebe fit in like a glove. She has changed the way everybody interacts in the house and there is almost no fighting anymore. She is not afraid of Oscar, either. She has pushed her way into his space and refuses to take no for an answer. He finally gave up and they actually sleep together now.  She is my little Velcro shadow, I adore her. 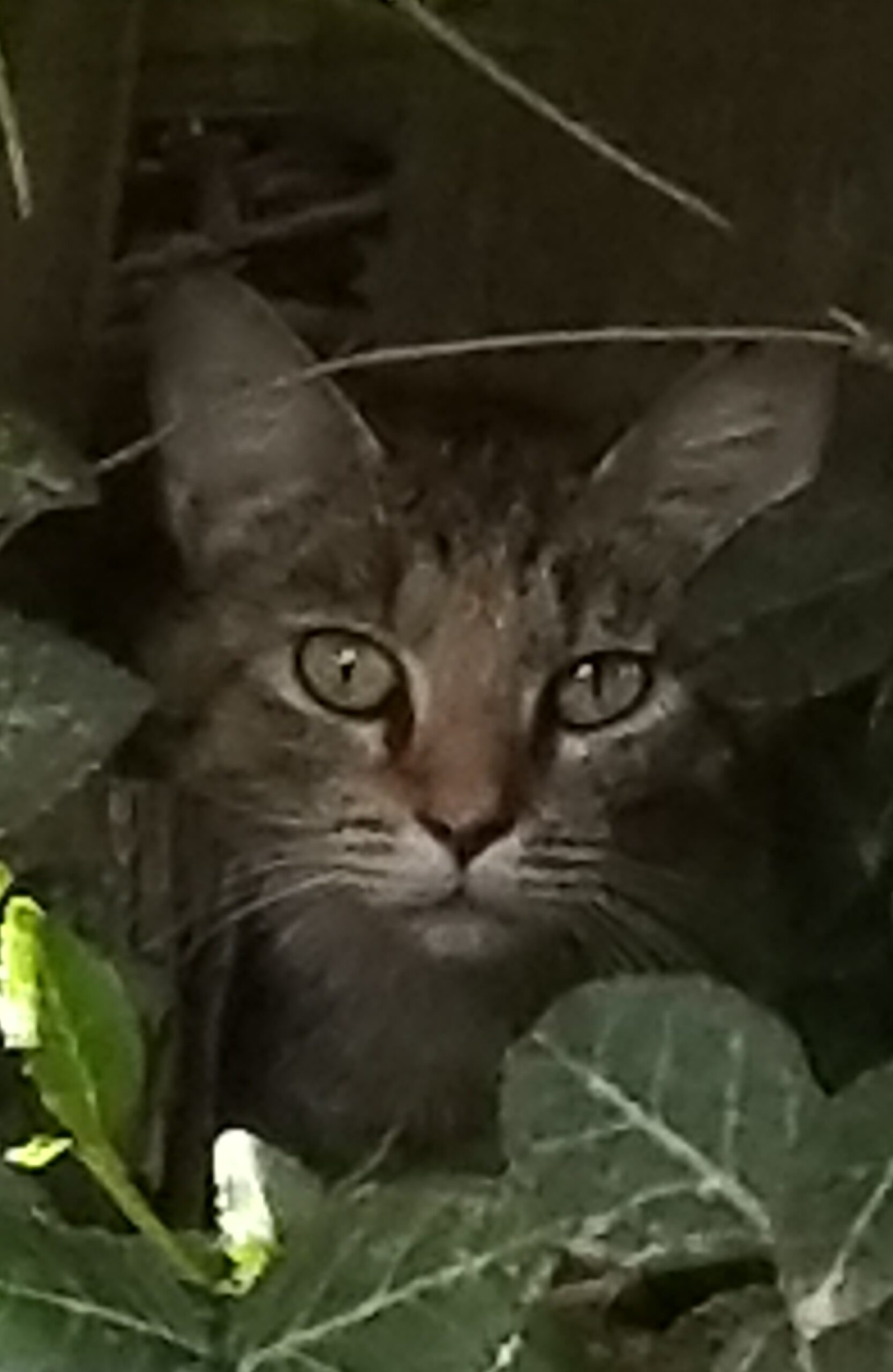 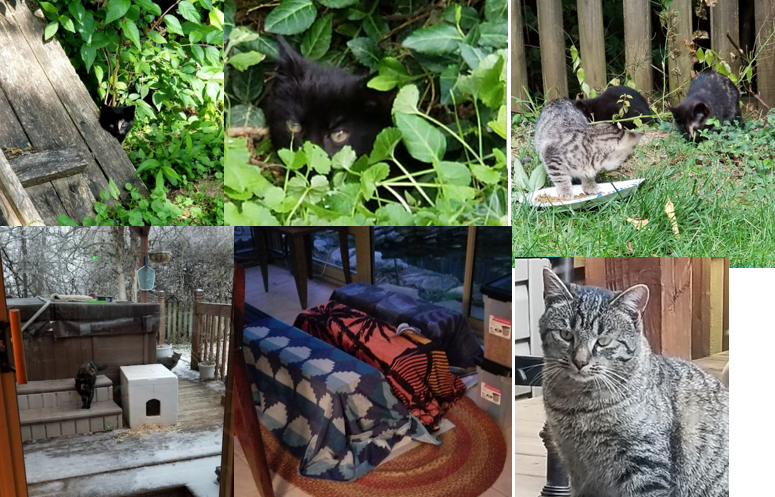 I guess I really am the crazy cat lady now!

Cats, cooking, and gardening in the summer is probably what has saved what I have left of my sanity. Bocephus is quite happy with his ‘herd’ of cats and keeps them all in check when they get too wild for him or start misbehaving. The cats love Bo and they make sure he gets his fair share of attention (When they aren’t napping… ) I think I want to come back as a cat in my next life.. just sayin’. 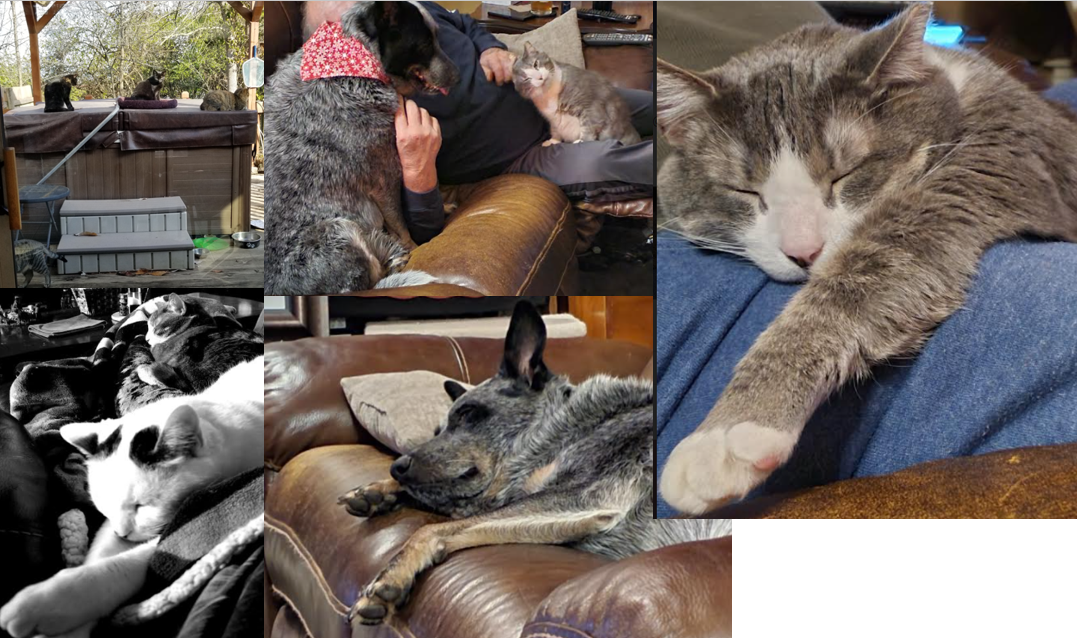 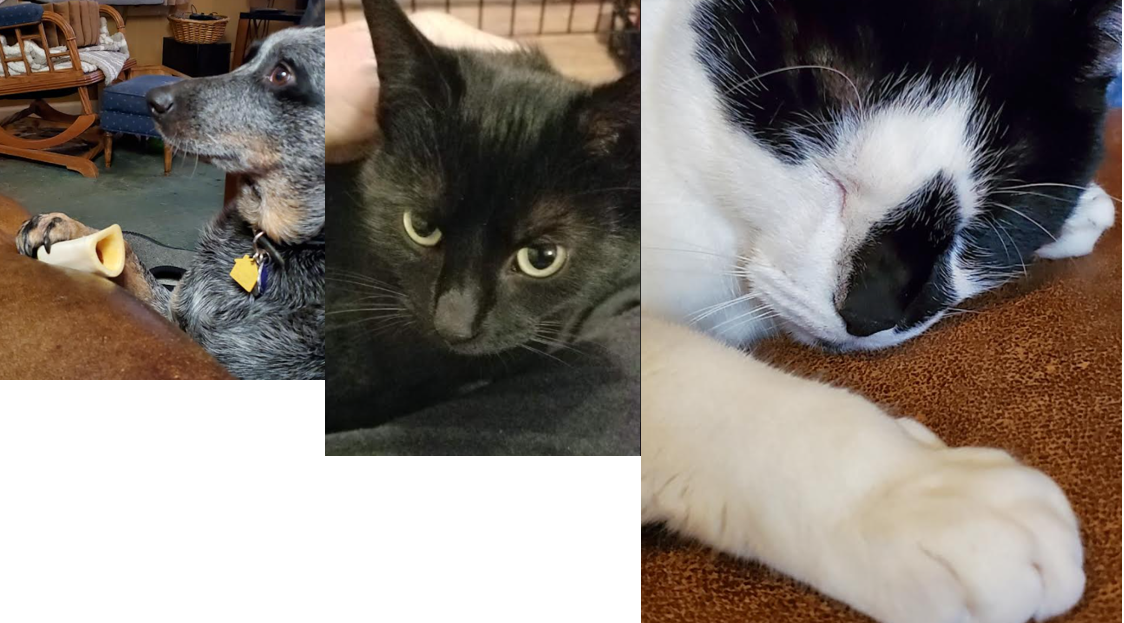 Huck and I joined the annual #TEAMTRIPAWDS Virtual Race this year.   We didn’t get all the miles in this time around, but we always look forward to it! 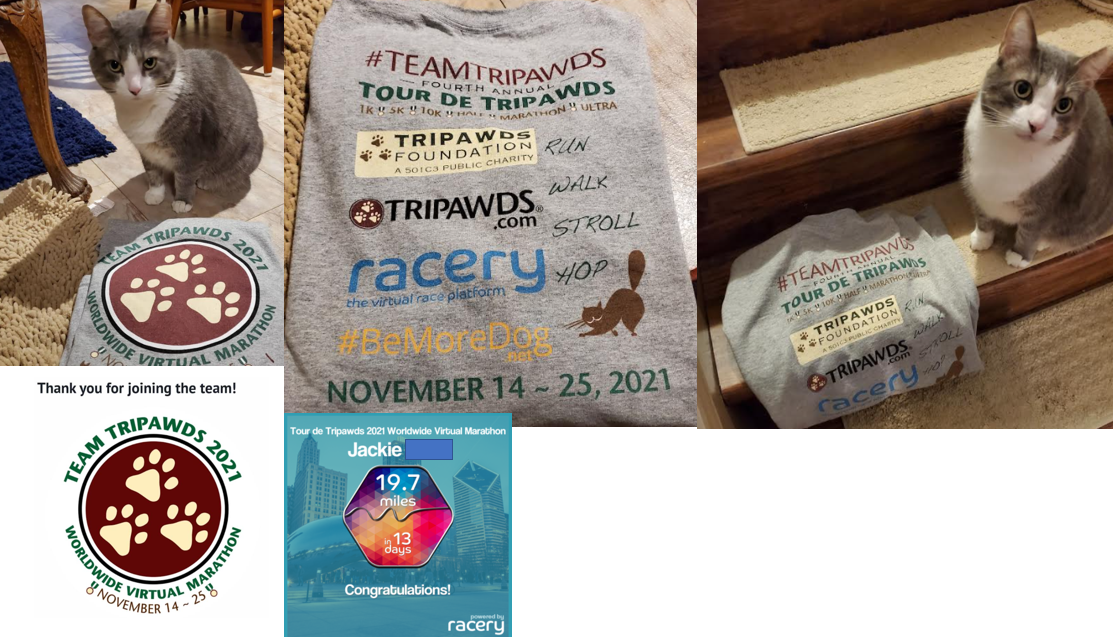 Next holiday to look forward to is International TRIDAY on 3/3!! Huck and I think we should make it a National Pawliday! 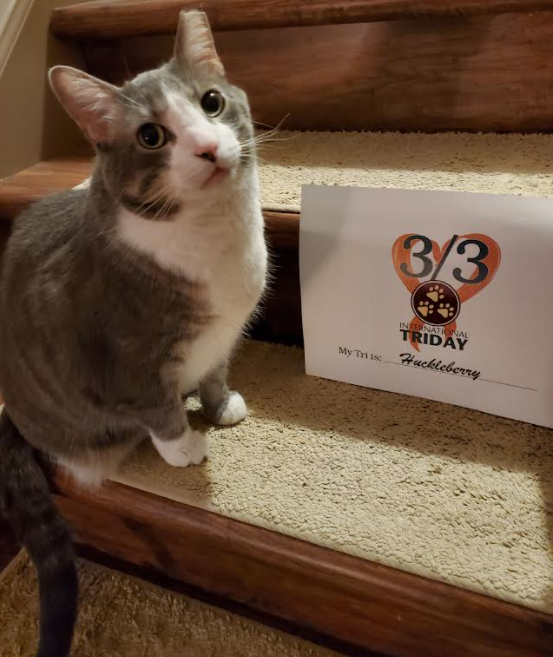 Sorry we haven’t been around as much as we would like to, paws crossed for more down time and less work time!

About Your Tripawds Blog:

Huckleberry is a 2 year old feral kitty that got injured from an unknown source. His leg was broken and could not be saved. This is his story.

Join 2 other subscribers
Huckleberry Finds A Home is brought to you by Tripawds.
HOME » NEWS » BLOGS » FORUMS » CHAT » YOUR PRIVACY » RANDOM BLOG